My first marathon, and the story before insta.

I was starting 7th grade and had casually joined the cross country team to bide my time between soccer seasons (since I couldn't join the cheer squad until the following school year). I did well in cross country, placing top 10 in multiple large invitationals while treating it like a fun run. One of my biggest regrets is making that my only cross country season ever, but that's a topic for another day. My cross country teammate's mom was a marathoner, training to qualify for Boston. I thought that was an appropriate use of "spare time" for a mom and figured I'd run the Boston Marathon someday when I was "old," too. 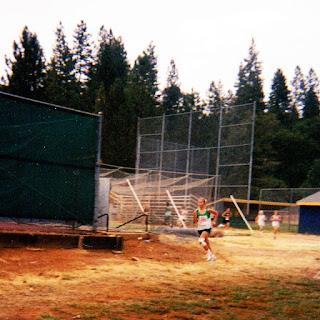 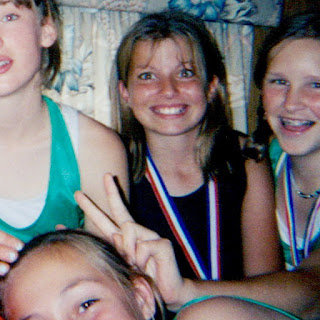 Fast forward seven summers, to a tiny hotel room in Honolulu, Hawaii. This same friend and I were attending college in Utah, but spending a few weeks volunteering in the physical therapy department at the Shriner's Children's Hospital on Oahu. It was humbling to work with these children from all around the Pacific who faced physical challenges you rarely see in America. It was the kind of thing that made you grateful for what your body could do. So when my friend suggested we sign up for the St. George Marathon, I was all in. I mean, I hadn't planned on doing one of those until I was old, or something, but I had always enjoyed running, so why not?

My friend dropped out shortly thereafter, but I spent the summer training for my first marathon. I wore my old soccer shirts with cotton t-shirts and ran in the hottest times of the day, when I had a break between classes and work. The internet wasn't as robust of a running source as it is now, but it did have a Hal Higdon program available. I married two of his plans together in a nice Excel spreadsheet, then printed it out and put it up in my apartment. My training was all very high-tech, with my pink $10 Walmart stopwatch and then driving the course afterward to determine mileage. I tended to run the same loops once I had mapped them out. On Mondays, I'd run easy up toward the mountain. On Tuesdays, it was the track. On Wednesdays, I started with a 7-mile loop and then extended it to a 10.5-mile loop that I'd finish in less than 1:10 every week and completed in 1:07 once.

Yes, for those of you who just crunched those numbers... I was fast. And I didn't even realize or appreciate it. I did the training but was just running a marathon to run a marathon. I didn't have any spectacular time goals, nor was I trying to qualify for Boston. (Um, WAY too poor to even think about that. And it was for old people, anyway, right?) No, I was just going through the motions, enjoying my hot summer runs. I'd always liked running, after all.

There was one slight little caveat in all of this. I was actually born with hip dysplasia, and therefore am pre-dispositioned to have "issues," if you will. When I started this marathon training business, I hadn't run for months (because it was winter in Utah, and that is cold, and I thought treadmills were of the devil). So I had some shin splints flare up right away and went to the sports med doctor, who informed me that one leg is also longer than the other and blah, blah, blah, here are some orthotics.

The orthotics worked fine and the shin splints were fairly manageable. However, as my long runs got really long, they started rubbing on the inside of my foot and bothering me. So four weeks before the marathon, right before my second-to-last long run of 19 miles (why 19, college Ashley?), I sent them back to get shaved down. And then I ran the 19 miles. And something was wrong.

Normally, I'd get the typical case of DOMS after a long run, but this time it was different. My hip hurt. Like, a lot. And I have a pretty high pain tolerance. I thought maybe I'd done something to my hip flexors. I'd just invested all of those months of hard work, though, and there was no way I was not going to run this dumb marathon. So I went to the physical therapist that my football buddies recommended (mistake; find one that knows running) and said: "I don't want to know what's wrong. I just want to run this marathon."

He figured that a small difference -- suddenly taking away the orthotics and changing my gait -- over a big distance could likely cause big problems. (Correct.) Then he proceeded to say some things about my running form and make up drills to promote changes (which were incorrect), but I was a good student soooo I'm still undoing all of that muscle memory damage. But I digress. I spent those next few weeks resting and icing and going to PT. I maybe ran five times between that 19-miler and showing up to check in for the St. George Marathon. Yes, I was young and dumb. I was doing this thing!
On race morning, I was running on ibuprofen and prayers. (This is not recommended. Please don't mask injuries with ibuprofen. Kthanks.)

I'd heard that a sub-4 hour marathon was respectable and figured my weekly Wednesday 10.5-milers at 6:30ish pace meant that was very much in the bag. But I didn't have time goals whatsoever, I just figured I'd run a steady, manageable pace and check the completion box. According to that little pink stopwatch and the race timing mats, I was on track for a 3:teens marathon when I saw my momma and gave her the thumbs up around mile 16.

I kept that pace up through mile 18 -- when my hip seemed to stop bearing weight. I'm not sure if that's when the drugs wore off or when the real injury hit the fan, but oh my goodness, things got really painful really fast. I alternated between limp-running and walking, and hobbled in to a 3:52 marathon. I smiled and figured it hurt because it was a marathon and duh, I already knew my hip flexor was torn or something. (Insert current Ashley face palming over the college Ashley.)
I called it a win, took a picture in the parking lot, skipped the post-race massage, and immediately hopped in the car for a 4-hour drive to try to make it to a football game. 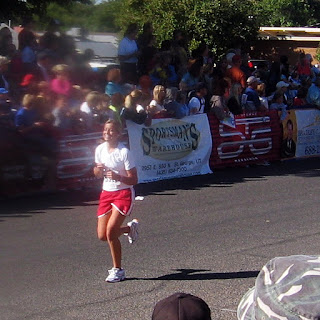 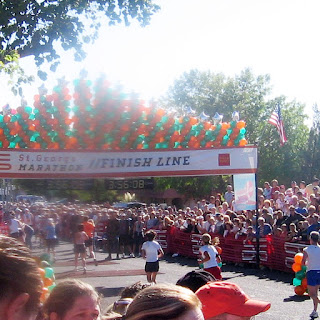 When my body hurt, I just figured it was because I didn't stretch or anything and just shoved it in the car. I was speaking in church the next day and got a lot of laughter from my penguin walk to the pulpit. But duh, I had just run a marathon so that was normal, right? Yeah, well... Three weeks of penguin walking later, my mom forced me to a doctor, where I learned that I had a fractured hip.

And also, that sure made a lot of sense. I mean, it did really hurt. A further MRI revealed that I also had three stress fractures in the opposite tibia; go figure. My hip hurt so much I hadn't even noticed. I got crutches and a fancy handicap sticker, which came in handy during an icy winter on my stair-happy college campus. Subsequent doctor visits revealed concerns about my distance running due to my medical history (the hip dysplasia and now this), and I had a doctor tell me that if I kept it up, I would have a hip replacement by the time I was 30. That concerned me slightly, but I still held out hope for redemption at the marathon the next year. I dutifully went to water aerobics with the grandmas and did the drills that the PT had suggested (yikes), and many months later, I put in for the lottery for the 2007 St. George Marathon. I got in, and tried to start training, but quickly realized my hip couldn't handle that yet. I started to believe that the dooms day doctor had been right, and was effectively scared away from distance running for the time being.
For the next few years, I only ran occasionally, and only in the summertime. (Winter = cold, treadmill = enemy.) I stayed active and would do the elliptical or whatever a few times a week, but there was never anything that remotely resembled "training." I'd lost whatever speed I'd had as a kid, so my occasional runs were "slow," which frustrated me. And they certainly weren't long because my body couldn't handle it. I always knew that someday, it would be a hard road but I'd become a runner again. I always figured I would deal with that when I drew out for the St. George Marathon. I tried nearly every year but never got back in, and I wasn't interested in running any other marathon. I had it in my mind that my redemption had to take place in St. George and St. George alone.

Finally, after having baby #2, I came to my senses and decided I could just run other races. On Thanksgiving, I signed Matt and myself up for a half marathon over New Year's, and spent a few weeks running. We had a fun race, paused for pictures along the way, and finished in 1:50-something, but that sudden bump in mileage from zero to half marathon -- with my atrophied hips -- caused hefty knee pain, so I immediately took a few months off. That spring, I finally took my fate into my own hands and started working with the world's best PT. And I happened to draw out for the St. George Marathon lottery. Finally. In June of 2014, I started running again. I knew I wouldn't be able to run as fast or as far or as easily as I had in my younger days, but I decided that I didn't care. I would make the most of it, take it one step at a time, and be happy with where I was -- at whatever pace. 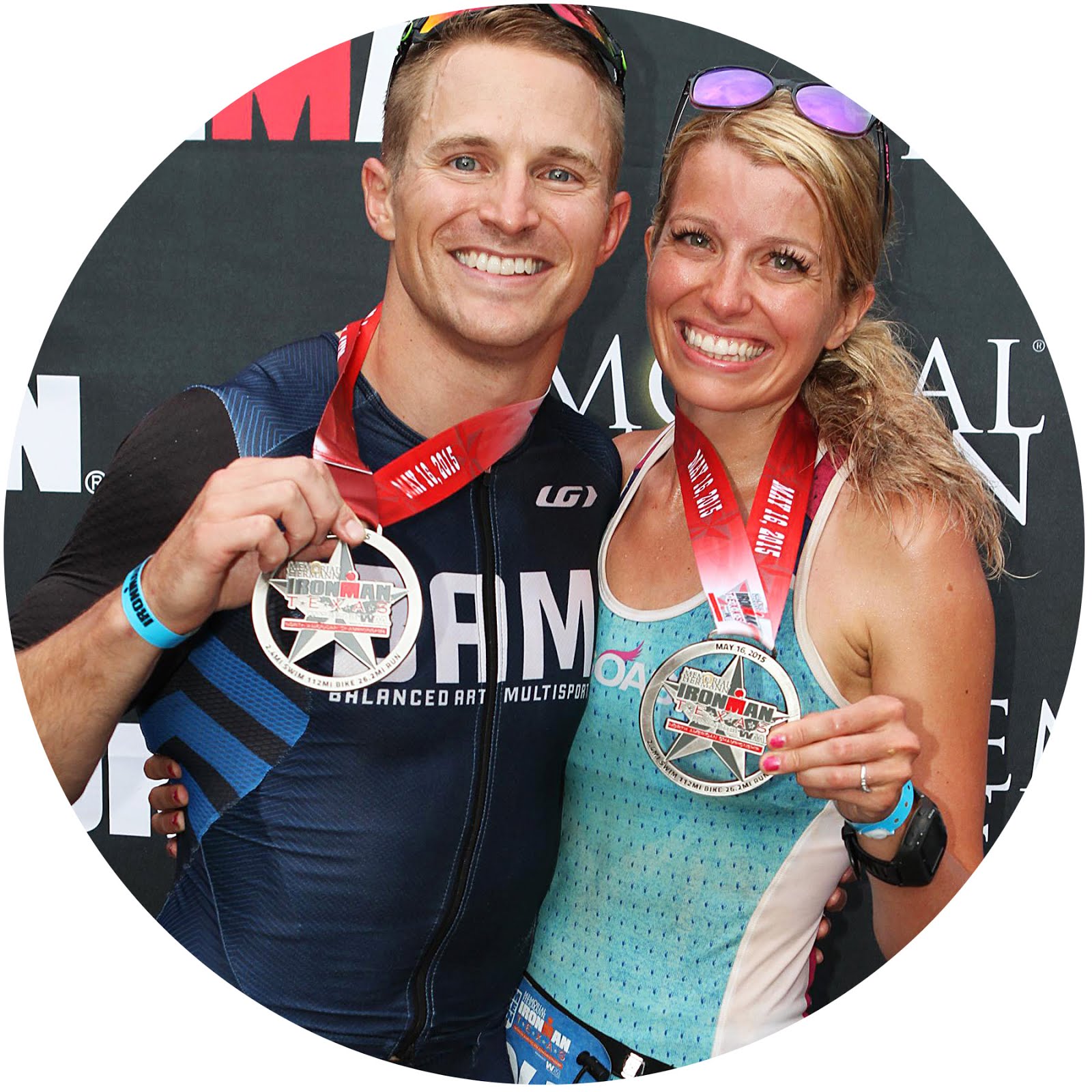 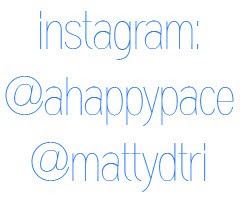 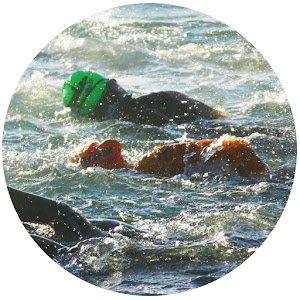 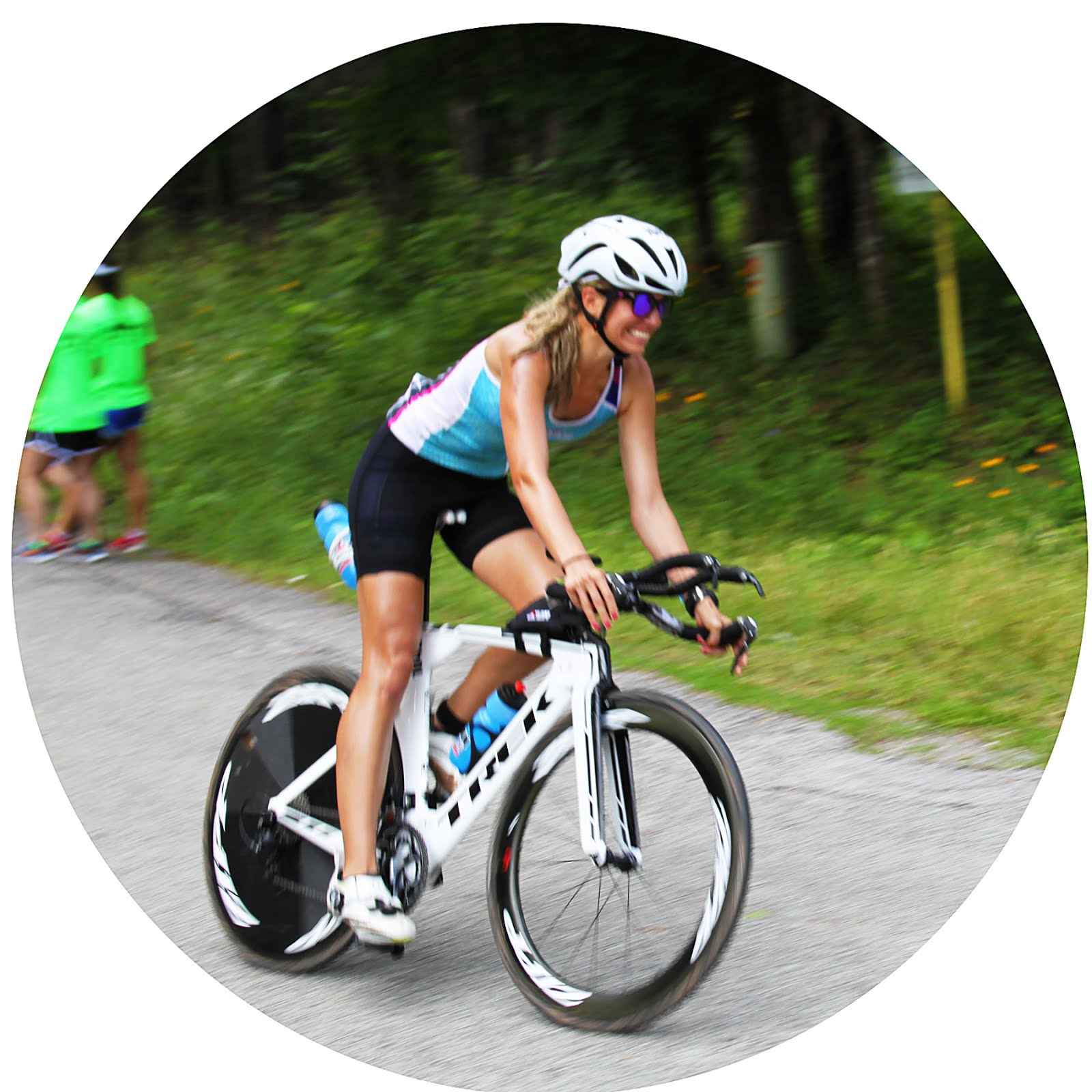 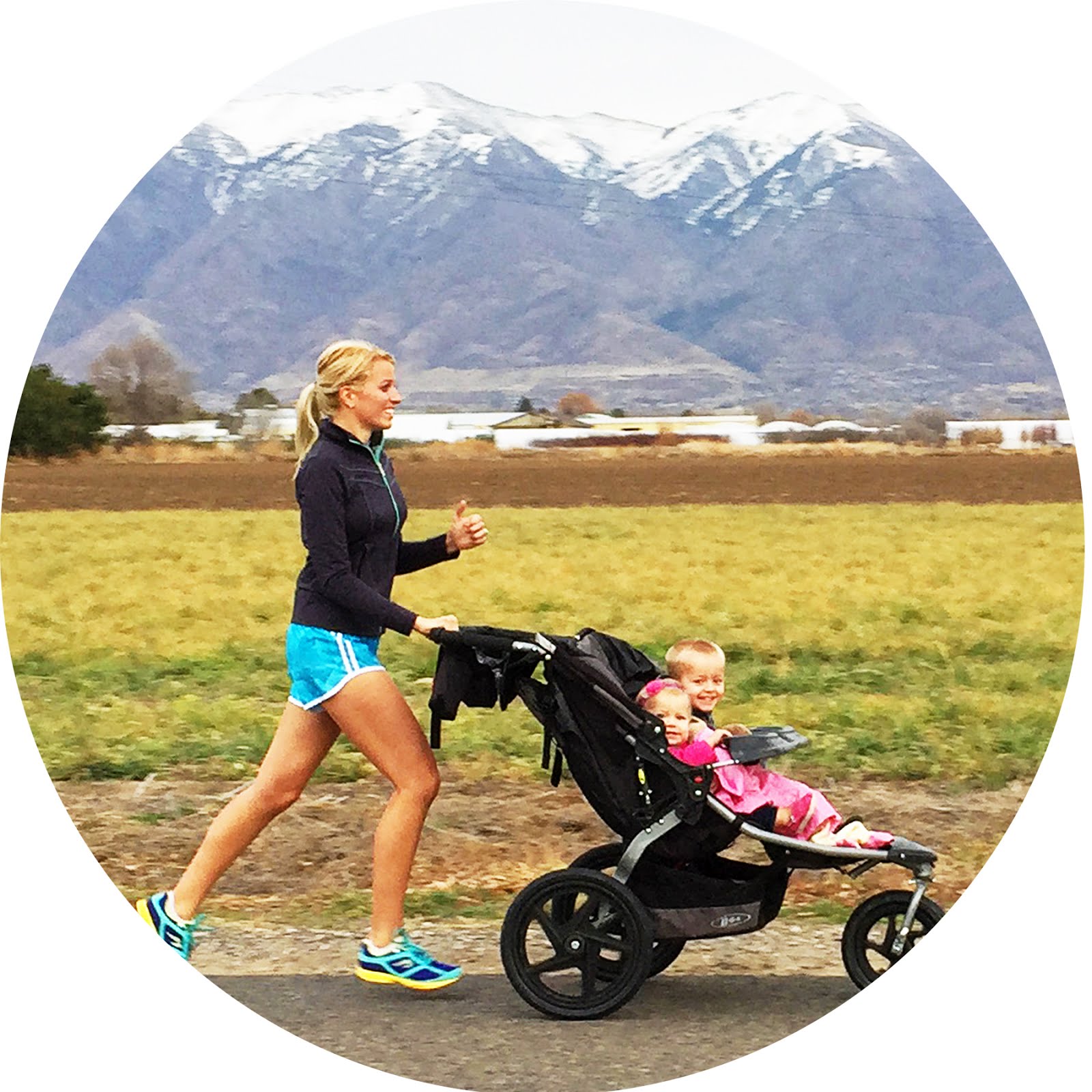